In 2009 after 20 years of Building, maintaining and rebuilding the Memorial sign, the Women’s  club asked the Paxton city council if they were wililng to take over the sign  as they were no longer able to do so. The city agreed to take the sign over but decided it was best to tear it down. Les Mathews, Heidi Mathews, andd Cynthia Moore informed the city that they would gladly take over the upkeep of the sign and also give it a facelift. At first  the plan was t refurbish the existing sign. 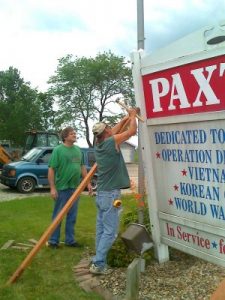 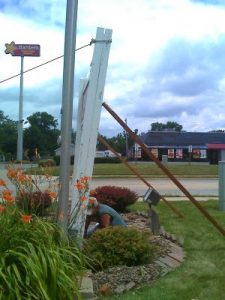 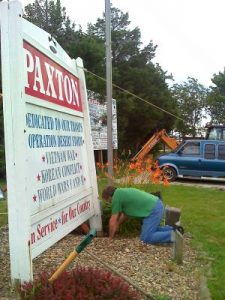 Can we get it straight 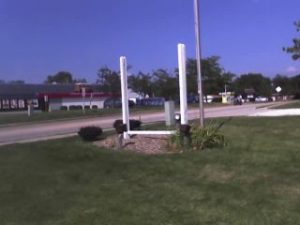 We got it down

It became apparent that we would not be able to fix the sign,the wood of the panels was to dry rotted in places so it was decided to get all new panels and start from scratch. 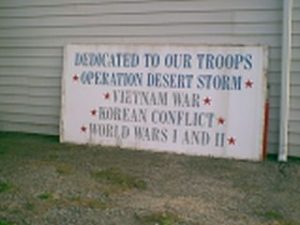 So at the next City Council meeting the new wording and design ideas were discussed and approved and then began the work of redoing the sign.

Next… The Rebuild and Flag ceremony…