Published by Heidi in Veterans, Whats New in town on June 8th, 2019

At last the big day had arrived and we wanted everything to be perfect. We rented a small canopy and chairs in case folks needs to get out of the weather. 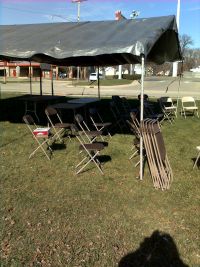 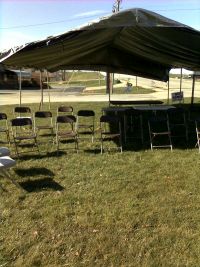 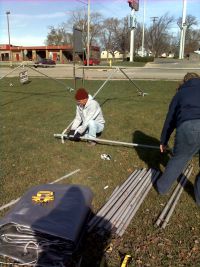 And slowly the folks started to show up, including some visitors from out of town who were driving through at the time. 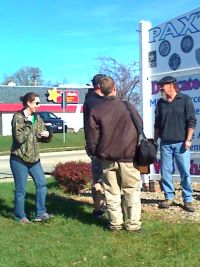 Will from the Paxton Record, Tommy from Signs and designs, Tori, and Les Mathews. 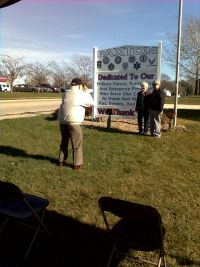 Visitors from out of town 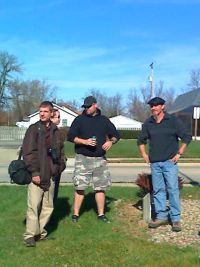 Will from the Paxton Record, Tommy from Signs and designs, and Les Mathews. 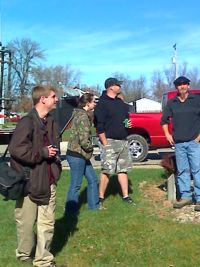 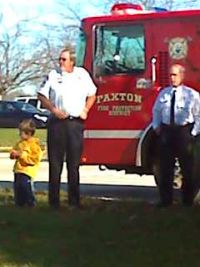 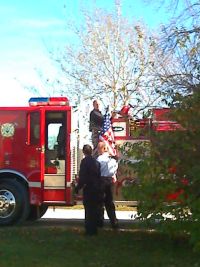 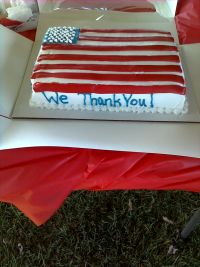 Cake donated by IGA in Paxton 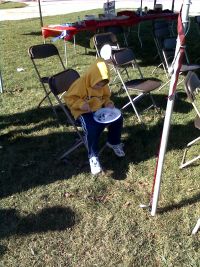 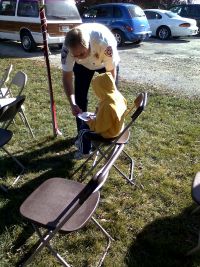 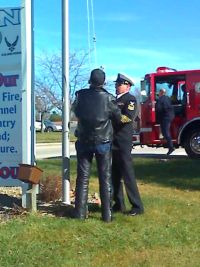 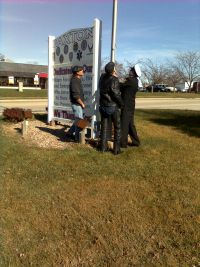 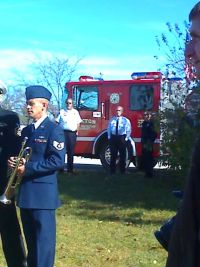 Now as more folks gahters in Monicals parking lot, it was time to get started. With the help of Glen Kaiser we were lucky enough to get some Legion volunteers who graciously came to Ceremoniously raise the new flag. While two men hoisted the flag the bugler played taps. Then each of the guest speakers spoke to the crowd about the importance of honoring our Veterans, Sheriff Doran shared a history of the bugle tune we know as Taps. Our Speakers were Les Mathews, Mayor Bill Ingold, Ford county Sheriff Mark Doran, and Congressman Shane Cultra. Special guests in the crowd included State Prosecuter Matt Fitton ( Now Judge Fitton), Police Chief Bob Bane and Sgt Yates, several State Police officers, Fire Chief Denny Kingren and crew,  as well as 2 of Paxton’s mail carriers who are veterans themselves and also Dr. Jeff Reynolds and guest..This in addition to the familys that came out to show thier support.

On a special note, It must’ve been a special honor for Mayor Ingold, and Fire Chief Denny Kingren to take part in the rededication of the sign that thier mothers had created almost 20 years prior.. 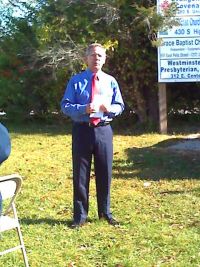 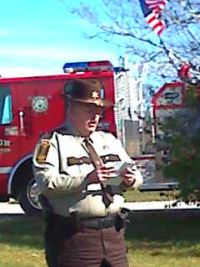 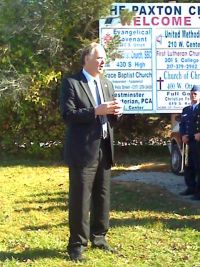 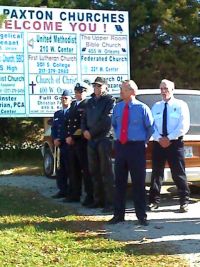 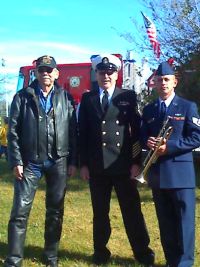 Comments Off on Flag Raisng Ceremony 2009